Did lead cause the fall of the Roman Empire? 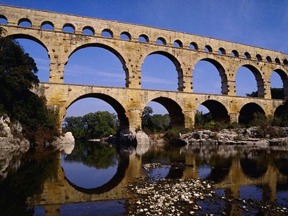 After learning the numerous negative health effects of lead poisoning, many scientists have speculated that lead played a role in the collapse of the great empire of Rome. Lead poisoning is known to affect the nervous system, brain, and kidney function, as well as cause aggression and loss of IQ.

In a 1983 New England Journal of Medicine article, Canadian scientist Dr. Jerome O. Nriagu concluded the use of lead water pipes, lead food and drink containers, lead in makeup, and most notably, syrup boiled in lead pots and added to wine gave the Romans a profound exposure to lead. Records of that time show the Romans had “extraordinary epidemics of saturine gout and sterility among aristocrat males” in addition to other ailments.

How does this impact our modern American empire? Well, there is a potential for lead exposure in homes built before 1978 due to the use of lead paint. If you are a renter of such a home, be aware that you have rights under federal law. Landlords must disclose known information on lead-based paint and lead-based paint hazards before leases take effect. Leases must also include a disclosure form about lead-based paint.

You can learn more about lead in homes by visiting the EPA’s website.